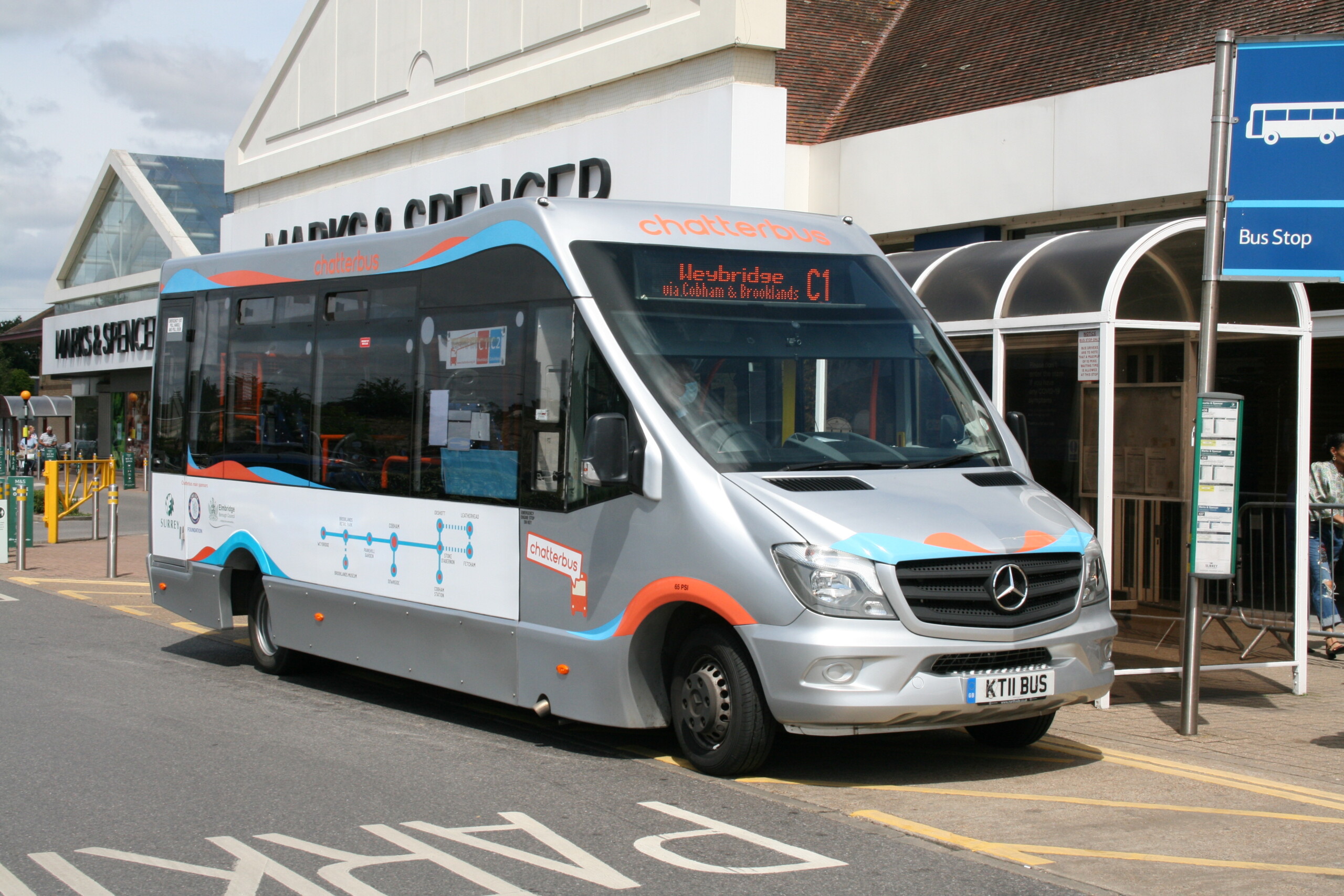 The need for greatly improved local transport in the Cobham area was recognised by Transition Cobham, and the Chatterbus and its charitable purpose was the brainchild of Lady Acher (Joyce). Chatterbus hit the roads around Cobham in April 2015. Until then, because of poor public transport, many people in the area without their own car had severe difficulty in accessing vital services such as the JobCentre, healthcare, economical shops and other transport links, not to mention friends and social events, especially across the A3 to Weybridge where a bus service was non-existent. There wasn’t even public transport between Cobham and Stoke D’Abernon station and the town.

It came as a shock to realise not only the impact of transport poverty, but also how prevalent it was in our own town. We all take so much for granted our ability to get to where we need to go.

Now the carefully devised timetable provides a reliable service to commuters and school children at each end of the working day, but above all, to those for whom the everyday task of getting around presents such a huge challenge.

Many residents in Cobham and the surrounding area have access to their own transport. However, a significant minority does not and there are also many car owners who need a cheap, eco-friendly alternative for local journeys. Chatterbus has been set up to provide a reliable bus service to help everyone, young or old, to get around more easily.

The introduction of this bus service to run East-West between Cobham and Weybridge (plus Fetcham and Leatherhead on Saturdays) plugs a significant gap in the local transport system and complements existing bus services.

Chatterbus services appear as routes C1 and C3 (weekday services) and C2 (Saturday service) in Surrey County Council bus timetables and on the front of the bus.

Why Cobham loves its Chatterbus

Here is a video about the service we made with some interviews with our passengers – many thanks to Cobham resident Micheal Rodd for his hard work. It was made before we got our lovely new bus in 2017 so you’ll see the original bus in the video.

We are always in need of financial support to keep Chatterbus running for Cobham, and of
volunteers to help in way they can with fundraising events.